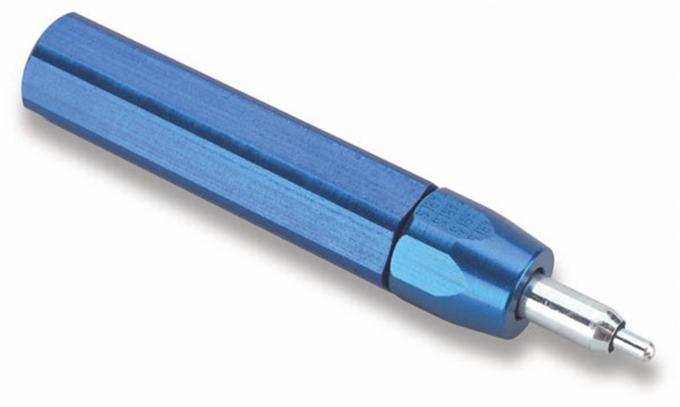 CALL US
855.444.6872
Description Downloads Specifications Reviews (0) Product Q&A
In order to insert the olive into Speed–Flex Hose, the stainless protective braid must be separated from the Teflon liner. This can be more difficult than it sounds. Earl's braid spreader solves the problem —and eliminates the tiresome probability of poking holes in your fingers. In use, the tool is simply inserted into the cut end of the hose and pushed — spreading the braid. The olive is then placed on the tool mandrel, pushed over the hose liner, and under the braid until the liner bottoms against the shoulder of the olive.
Features:
Holley Performance Emission Code 5: This part is legal for sale or use on Emissions Controlled Vehicles; Uncontrolled (Non-Emissions Controlled) Vehicles; and Racing Use Only Vehicles because it does not affect vehicle emissions and is not covered by emissions regulations

Earl's Performance Products was founded by Earl Fouts in 1955 in Lawndale, California. The mission was to supply high-quality military aircraft surplus plumbing components directly to the racing industry from a small retail outlet. As the military surplus market dried up, Earl recognized the need for continuity of supply for the racing market and pioneered the Earl's range of hoses and fittings that are still used today. In doing so he created the racing aftermarket plumbing industry.

Earl's Performance Braid Spreader 007ERL:
Reason for Inquiry:
* Your Name:
* Email (This will not be displayed)
Question:
Ask Question
Moparts 2023