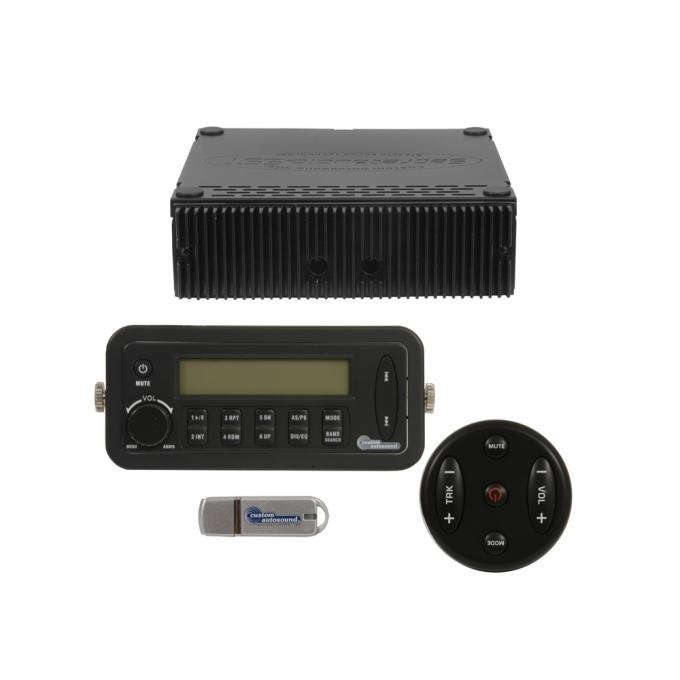 Secretaudio SST is a hidden audio system that offers great flexibility for mounting in any type of vehicle. The main receiver/amplifier unit is usually hidden under the seat, or behind the dash. A 10ft cord from the Tuner/Amp plugs into a LCD display. The system can be operated from up to 40 feet away with the included RF (radio frequency remote.)

Included with the system is a flush mount bezel for console or dash mounting. The small dimensions of the flush mount system allow you to install the LCD display almost anywhere. The LCD also comes with a bracket mount for easy installation in the glove box, under the dash, in the ashtray, sun visor, console, or wherever you choose. Since its only 1" deep its especially handy for custom or streetrod applications where there may be wiring or ducting routed behind the panels you wish to utilize for mounting. When your installation is finished you'll be rewarded with a quality professionally installed look.

Custom Autosound Secretaudio SST, 200 Watt:
Reason for Inquiry:
* Your Name:
* Email (This will not be displayed)
Question:
Ask Question
Moparts 2023